for your new job
Back to Our Blog

Will consumer sentiment lead to another recruitment rollercoaster? 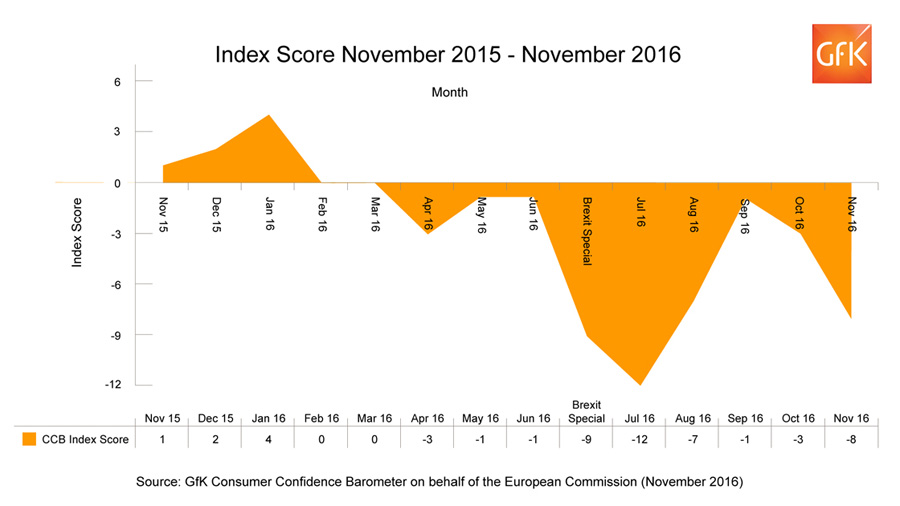 It’s my first day back in the office today and I’m feeling super positive about the year ahead. That’s pretty good considering that 2016 was one hell of a rollercoaster for us recruiters. Arguably, that’s a pretty odd statement as my business and (anecdotally!) my competitors, had a cracking year.

So why was it a rollercoaster? Our clients, specifically in retail and hospitality, are hyper sensitive to consumer sentiment. I’m sure you have seen the surveys. Here is GfK’s survey – you’ll notice there are a few troughs! 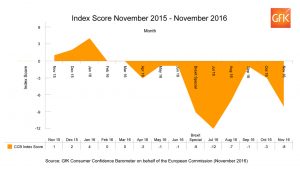 The graph above tells us that consumer confidence went from pretty positive at the back end of 2015 to Armageddon in July. There was a recovery before a further dip in November. Indeed, here’s a screen print from the BBC website today (Wednesday 04/01/17): 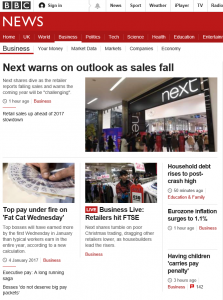 It makes for pretty depressing reading. To top it off, footfall declined over the New Year period. Given that we know that Article 50 will be invoked in March and that Trump will be inaugurated later this month we can be confident that another rollercoaster year is ahead of us.

As you would expect, if our clients lose confidence they cut costs and, as we all know, the quickest cost to cut is people related i.e. less recruitment.

Or at least, that was the traditional approach.

Over the last two years we have seen a bit more resilience in the jobs market. Our client base is a little less sensitive to macro change, and while remaining cost conscious, less susceptible to knee jerk reactions.

Additionally, not all sectors of retail or indeed other industries are impacted by poor consumer sentiment. Value retail is likely to see a resurgence in 2017 despite ever increasing competition. Arguably, Tesco & Morrisons will reap the benefits of the strategic changes they have instigated over the last two years. Here at AdMore we have invested in other sectors too, such as apprenticeships recruitment and that sector is forecasted to grow by up to 50% due to the impending levy.

So you see, whilst I believe that 2017 is going to be another rollercoaster ride for consumer sentiment and that some areas of recruitment are likely to mirror that, there are plenty of reasons to be optimistic.

That said, if you are a candidate, a hiring manager or a recruiter; we will all once again need to be very, very, very resilient!